One of the sons of late Asheboro investor Jeff Schwarz took over his father’s expansive property portfolio and estate earlier this year, with plans to keep growing the land business from Asheboro.

Todd Schwarz took over the estate of his father, who died at age of 75 in November and left behind a real estate portfolio that includes about 550 properties across the Southeast.

“He’s probably the largest industrial property holder in the state,” said Todd Schwarz, a certified public accountant who graduated from the Darden Graduate School of Business at the University of Virginia. “We just really want to honor the legacy from Dad and keep the business, consolidate everything and eventually grow it again.”

Todd Schwarz was previously the president of Kernersville-based Piedmont Aviation Component Services but left the job to become executor of his father’s estate Feb. 1. He said he’s working to administer his father’s estate through probate and distribute assets to beneficiaries.

While his father had properties across the South, most of them were in the Triad. Schwarz’ holdings are “highly concentrated” in the Thomasville, Lexington and Asheboro areas, said Todd Schwarz, declining to disclose the tenants of the properties.

He said his father’s focus was buying old mills to repurpose them. For example, his father was involved in a major economic development land deal when he sold a former Reynolds property in Davie County to Ashley Furniture Industries Inc. for use as a plant.

“Dad was an incredible deal maker,” he said.

“Dad was just a pure real estate cash flow investor,” Schwarz said. “If the deal made sense on a cash flow basis, he bought it.”

Jeff Schwarz worked side-by-side with his late son, Tim Schwarz, who died in March 2014 at the age of 42, according to an article in the Courier-Tribune.

Todd Schwarz has been involved in real estate before. He previously ran Mid-Atlantic Development, a Greensboro real estate development company, with his brother Mark Schwarz. He later joined PACS, where he served as chief financial officer before becoming president. Rick Reed, former president of Triumph Actuation Systems in Clemmons, became president of PACS in March. 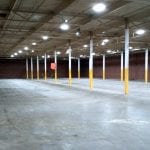 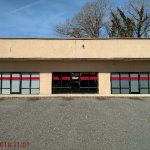 Can you live inside commercial property in Asheboro?

Owning a home is a keystone of wealth… both financial affluence and emotional security.